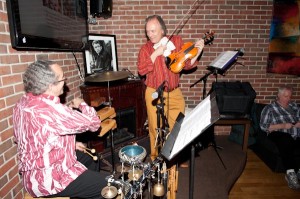 Evolution is a live performance and presentation that traces the musical thought of  5 Violinists across 4 centuries, a path full of the ideas and music of many cultures, artists and composers.

In the presentation Guibbory reveals musical elements that are embedded within and shared between many of the musical works in this program.  He also introduces some of the geo-political facts that have shaped creative ideas and enabled their flow across borders and generations.

An Evolution program ranges from from 30-75 minutes and can be tailored, in part, to fit the presenter’s needs.  Performed with percussionist Rex Benincasa.  Additional, optional works include guitar, contrabass and soprano (voice).

The program starts with solo violin music of Bach, Ysaÿe and Bacewicz  – violinist/composers whose works specifically display sequentially developing ideas.  Their  style, technique, virtuosity and emotion is reflected in the balance of the program’s more contemporary music.

These 20th and 21st century works take us on the Violinists’ path that covers Guibbory’s lifetime – six of the works being developed and written expressly for him (Cuomo, Moravec, Levine, McDonald, Shaheen and Madagascar Variations by Guibbory/Hemingway); the others have been selected by him as music native to his own personal and emotional style.

Evolution repertoire will be chosen from among the following works: 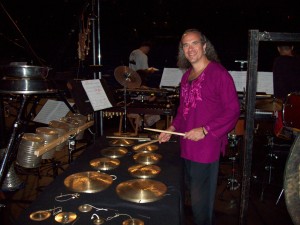