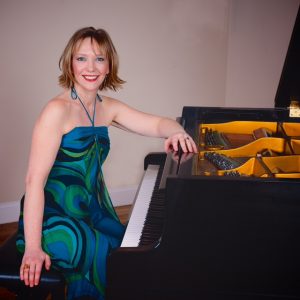 Oxana Mikhailoff has pursued an active performing career throughout Russia and Europe as a recitalist, concert soloist and chamber musician. Her United States debut took place at Carnegie Hall in 1999. She later returned to Carnegie Hall to play an all-Chopin recital on the 150th anniversary of the composer’s death.  This Russian-born American pianist was honored with the Second Prize at the Martha Argerich International Piano Competition in August 2003, her eleventh international competition prize. Ms. Mikhailoff subsequently performed in the Martha Argerich festival in the world famous opera house, Teatro Colón de Buenos Aires. Ms.Mikhailoff then toured throughout Argentina together with Ms. Argerich.

Born in Vladimir, Russia into a family of professional musicians, Ms. Mikhailoff began studying piano with her mother at the age of five. By the age of eight, she won an international Young Artists Competition and was selected to attend the Central Music School for Gifted Children in Moscow. She later studied at the Moscow Conservatory and the Manhattan School of Music.

Ms. Mikhailoff maintains an active teaching studio in Westchester County less than one-half hour from New York City. She is also the Artistic Director of the Midland Music Series in Bronxville, NY.