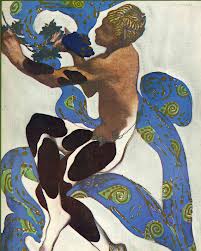 The French woodwind tradition is legendary, but can you imagine what it was like to be the person who played the most famous flute solo in the world for the very first time?

I’m referring to the opening notes of Debussy’s Prélude à l’après-midi d’un faune, which was premiered in Paris on 22 December 1894. The flutist was eighteen-year-old Georges Barrère (1876-1944). He was born in Bordeaux and he died in New York after decades of service with the New York Symphony, under Walter Damrosch (that orchestra merged with the NY Philharmonic). Griffes dedicated his Poème (1918), and Edgard Varèse his Density 21.5 (1936) to him.

The Prélude was composed not to illustrate literally but to reveal interior states of emotion that might be activated by reading the famous poem of Mallarmé. Like most poets, he didn’t really “get” why it would even need music, but when he heard it he said he was “deeply enchanted.”

In the poem, a faun of Grecian antiquity is playing his Pan pipes, he pursues some nymphs and naiads unsuccessfully, he then naps and has sensual dreams.

The Symbolists abhorred such directness, extolling suggestion above all else. To that end, many of its lesser practitioners created volumes of rather vague stuff. However, the theory is valid: that the “true” poem is merely unlocked by the words on the page and their resonances in the reader.

There’s no going back to this mindset in our age.