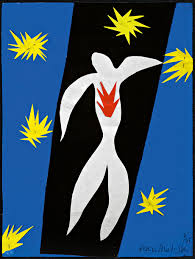 Pablo Picasso was a pill. Remember Arianna Huffington’s biography, Picasso: Creator and Destroyer? He consumed women as quickly as he moved through artistic styles. There seem to be two currents of thought about this shape-shifting: 1) that it represents a wildly energetic creativity that cannot be contained in just one mode, and 2) it represents a fickle sort of personality, an inability to commit.

I, for one, wouldn’t wish to restrict anyone’s expressive attempts. Stravinsky, in music, has also been labeled as another of these style-changers, often insultingly. However, both Picasso and Stravinsky are generally considered (whether one appreciates their particular art products or not) as the two giants of twentieth century art.

I’m trying to think through out loud, so to speak, how we mythologize, even romanticize dysfunction when attached to a great creator. How the “suffering” artist is worth more than the joyous one. How a giant ego is an accompaniment to the often difficult journey to realize what one sees (or hears) within. Really, if we removed every picture or piece of music created by an asshole, the catalog would be horribly slim, wouldn’t it?

And can the work really be separated from the creator? This requires holding multiple ideas at the same time, rejecting none of them. The work is definitely an outgrowth of a deep-seated need to create, coming from the innermost part of a person. However, through what I call mutation (technique[s]) it begins to take on its own independent life and energy. Most symphonies are nowhere near as messed-up as their composers, music being a positive-energy act.

There’s no such thing as a “depressed” symphony, because that portion of the sentiment has been incorporated and transformed. I will say, though, that in our time, the valuation of absolutely everyone’s creative “vomit” (pardon the gross word) and the equalization of everyone’s opinion, has led to a rather self-indulgent climate for creation. No longer does this transformation even have to take place, and we get spewing, which can be quite depressing.

Perhaps spewing is what one might call an “adolescent” stage on the way to a deeper synthesis. I myself have written confessional poetry that with examination turns out to be more therapeutic for me perhaps than uplifting to the reader. I always strive, however, to use interesting imagery, and other tools of the poet’s craft. The important thing is to do, make it as good as possible, and then send it out. You can’t control the response.

I was taught to question everything, absolutely everything, and never to relent. No received ideas if possible.

Creator and destroyer. Perhaps to create one thing, is to have destroyed something else. Not: create art/destroy a happy home. But: create a new thing/destroy the space where there was previously nothing. Sondheim says in Sunday in the Park with George: “Look I made a hat, where there never was a hat.”

So: back to Pablo. He was often “pitted” against Matisse (though the two men actually respected each other and were even quite friendly). Matisse was seen as the colorful, happy one; versus PP’s (early) poverty and torment and his choice of dismal subjects.

Never mind that Matisse himself had more than his share of personal suffering, particularly toward the end of a long life. Readers who can (and who can also bear the crowds and the timed ticket entry) should hasten to MoMA in New York to view the famous “cutouts” of Matisse, his last works, often executed by assistants, but always with his sure guiding hand. Distillation of a life’s work.

Ravel said: “I have always found that joy is a far more fertile ground for creativity than suffering.” Because Ravel and Matisse are both French (and PP Spanish), can we draw any conclusion from that? Best not to, but observe intently.

Today, I ramble. Why? Because I can.