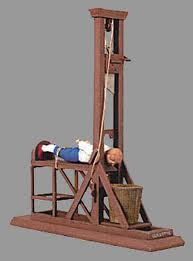 You know you’re in trouble when the “B” players in your opera outshine the stars. That was the case in the recent brief run of Andrea Chénier at the Metropolitan Opera.

Now I’m not one of those lamenters who constantly evoke some “golden age” of singing, which is usually mythical anyway, a product of the built-in forgetter we all have. I believe that now is all we have, and that the voices need to be cast with care. This is incredibly difficult to achieve in a house like the Met, where decisions are made as many as five years ahead of time, which is an eternity in vocal terms, and where the house is inappropriately large.

The opera, set in the French Revolution and Terror immediately following, is by Umberto Giordano. Premiered in 1896, during the heyday of verismo, which means “truth,” the title role has been a vehicle for the likes of Gigli, DelMonaco, Tucker, Bergonzi, and Corelli. For me, verismo indicates not only a style of opera, but a specific vocal weight and color, shot through with charged emotion.

That quality is what was lacking here. However, Argentinian tenor Marcelo Alvarez actually won me over, once I got used to his essentially lyrical sound (not in itself a bad thing to have!) instead of the heavier more impassioned sound I hungered for. It’s just that the music isn’t strong enough by itself, unless the singers are really chewing the scenery with their voices. It’s the kind of opera that really doesn’t even need staging: one could just face the footlights and bellow, if the quality was good, and get the points across.

Patricia Racette, the soprano lead, on the other hand, has been getting bad advice from her agent, or is greedy, or I don’t know what. She has increasingly been singing roles that are way too heavy for her (Tosca? Cio-Cio San?), and that are all over the place in terms of vocal heft. I even heard her Carmen (!) at the now-defunct City Opera. (I know, some soprani have tried it in the past, with the keys raised, but this was in the mezzo key.) At that performance, an opera neophyte whom I had taken turned to me and (about Racette) uttered the charmingly direct “Where’s the beef?” As Maddalena in Chénier, Racette was not up to the demands of the part, even skewing horribly sharp and/or flat on climaxes. Sometimes it sounded as if she was both at once.

Now, about that “B” role. Olesya Petrovam a Russian mezzo, made her Met debut in the opera-stealing role of Madelon, who offers her only remaining grandson to the cause, knowing he will certainly be cut down. This was a “wow” moment. As was Zeljko Lucic’s Nemico della patria.

Maybe the casting director(s) need to be taken to the Conciergerie.