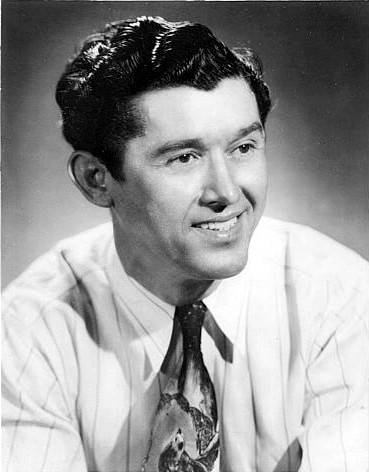 I often irreverently tell my students that if Schubert were alive today, he’d be a country/western songwriter. His songs, though the words are by others, all deal with love and loss, nature, death—storytelling the kinds of basic human issues that our present country music biz values.

Near the very beginning of it all was Roy Acuff, the “Smoky Mountain Boy,” who helped raise the genre from “hillbilly” music to a position of real prominence in the industry. He was a major figure in the Grand Ol’ Opry, and the first living inductee into the Country Music Hall of Fame.

Born in 1903 (d. 1992), his career spanned over 40 years. He came from a reasonably well-off family, and received a traditional education. Prior to music, he had tried, with some success, a career in minor league baseball, but a strange reaction to sunlight (combination of sunstroke and nervous condition) scuttled those hopes.

His two greatest hits are “The Great Speckled Bird” and “Wabash Cannonball,” which show his masterful handling of traditional Anglo folk melodies. You can see Acuff perform “Bird” on YouTube. “Wabash” is about a fictional train that carries a hobo to his post-life reward; it was very popular during the Depression, though it originated in the late 19th century.

“I’ll be joyfully carried to meet Him/On the wings of that great speckled bird.” The completely sincere faith embodied in the words and music would be a tonic to more people today. It is a tragedy to go through life without “something.” More than that, I cannot say, and I’m not proselytizing for religion at all! My faith is in the healing and mysterious power of music itself.