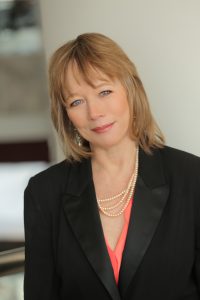 Susan Sobolewski performing career as a pianist includes solo recitals across the United States, including appearances at college, university, and community arts series throughout the Eastern, Mid-Atlantic, Midwestern, and Southern United States.  Susan has also appeared with such orchestras as the Rochester Philharmonic, the Warren Symphony, the Syracuse Symphony, and the Hudson Valley Philharmonic, working under the batons of conductors JoAnn Falletta, David Zinman, and David Robertson, among others.  She has also served as an Artistic Ambassador under the auspices of the United States Information Service, performing across India.  Other international recitals include performances in Europe (the UK and Denmark), Canada, and the Caribbean.  Her recent concerts in New York City include performances at the Weill Recital Hall (Carnegie Hall), Alice Tully Hall, the Bruno Walter Auditorium at Lincoln Center, Steinway Hall, the Goethe Institute, the Cathedral of St. John the Divine, and the Aicon Gallery.   As an orchestral and chamber music pianist, Susan’s work includes performances with the Orchestra of St. Luke’s, the Fimoso Trio, and Duo Vivace.  Her discography includes two solo CDs and the Duo Vivace release, “Out of the Blue”.  Susan received music degrees from the Oberlin College Conservatory of Music, Ithaca College, and the Eastman School of Music, where she earned her doctorate and was awarded the Performer’s Certificate.  She has served on the faculty of SUNY/Nassau Community College for the past two decades where she is Professor of Music and also directs the College’s Chamber Music program.