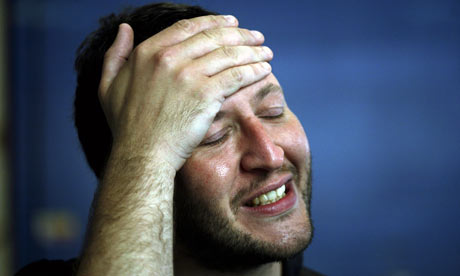 Thomas Adès (b. 1971) is Britain’s “wonderboy” composer these days. His Shakespeare opera “The Tempest” (2004) was presented at the Metropolitan Opera in 2012, with the composer conducting. A previous chamber opera “Powder Her Face” (1995) has acquired a cult following, and was given by the new New York City Opera this past year, to glowing reviews.

Adès is highly articulate, yet mysteriously evasive, in that way that creative artists have who do not like to “explain” their work. He has also made some uncharitable comments about his most prominent British opera predecessor, Benjamin Britten. Odd, since the inheritance is clear, at least to my ears. Perhaps it was prompted by a desire for independent consideration, rather than always being “compared.”

A book of interviews with Tom Service, “Full of Noises,” provides a good starting point for a biographical acquaintance with Adès.

“The Tempest” is an adaptation of the play, with the hallmarks of biting harmony, intricate contrapuntal lines that, due to clever scoring, always remain audible, metrical shifts, and an eclectic mix of styles ranging from “classical” to non-Western percussion, and other pop-rock references.

A Met patroness I spoke to after she had attended “The Tempest” said that for her it was “rough going” but “worth it,” and that her husband, a reluctant but learning operagoer would have hated it.

Contemporary opera really has a hard time achieving “repertory” status, especially after all the money, trouble, and care singers, instrumentalists, and opera companies go to. They almost always seem to remain “curiosities,” enjoyed by the “in the know” crowd, but never encroaching on the Carmens, Butterflys, and Toscas of the world. Sadly, it really does take “courage” to decide to mount one of the newer operas in the face of the generally conservative tastes of the majority of audiences.