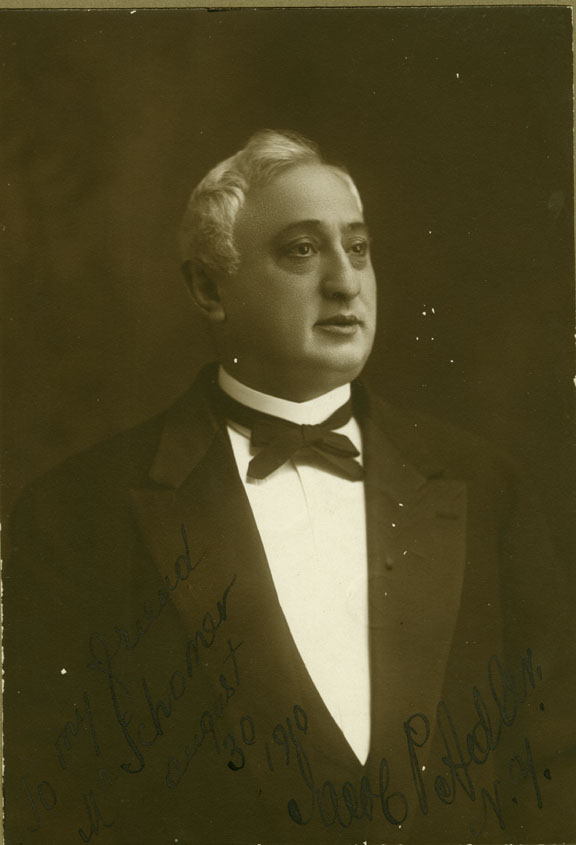 “It is gone now, the thousand-headed monster whose din comes to me nightly through the thin wall of my dressing room—the monster that for forty years has dared me out into the arena, and whose noise, breathing, odor, have since boyhood unnerved me and sent a fever through my blood. It has departed, leaving only darkness and silence.”

Hard to believe that more than a century ago, the Lower East Side of New York City was the capital of Yiddish theater, with scores of theaters, actors, and productions, all full to the brim with audiences. If we were magically dropped into such a theater as people of today, would we “get it” or would it all seem dated or hokey?

Acting, as we see from the quote above, is a consuming passion for those smitten with it. Sometimes the consumption leaves a void, other times a fulfillment.

Jacob Adler (1855-1926) isn’t the “father” of Yiddish theater, but certainly one of the better known actors. He strived for deeper elements of tragedy in his representations, when the main current of Yiddish theater was a kind of slapstick improvisation. His most famous role was Shylock in “The Merchant of Venice,” and Lear in a Shakespeare adaptation called “The Jewish King Lear.”

In a time when Shylock was usually portrayed as a stereotypical sniveling, whining, avaricious Jew, (something that still often happens in this play) Adler brought out the conflicted, noble nature of the character.

Adler also fathered many children with his three wives, the most famous of whom is Stella Adler (1901-1992), who along with Harold Clurman founded the Group Theater, and taught “Method” acting to Marlon Brando, among others, at her Stella Adler School of Acting She parted company with the main principles of the Method, however, as evidenced in the closing quotation, good advice for anyone:

“Don’t use your conscious past. Use your creative imagination to create a past that belongs to your character. I don’t want you to be stuck with your own life. It’s too little.”