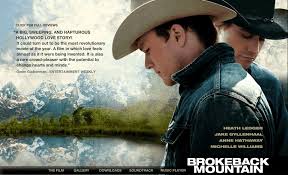 Maybe it was the omnipresent, overly talked to death Oscar telecast of last week. I found myself thinking about where the material comes from for these movies. Best original screenplay. Best adapted screenplay. There we go. Adapted. Novels, right? Plays?

Did you know that a great many classic films have a short story as the basis for the script? Just imagining how to flesh out the focused smaller length of a short story got me going.

Wouldn’t you like to investigate the original story and see how and where it diverges?     Sometimes the short story is just too short, or lacks dialog, so much has to be invented, “opened up” as they say.

Then it occurred to me, the 2005 movie “Brokeback Mountain” was adapted from a short story in the New Yorker by Annie Proulx. I remember ordering a reprint of the story so I could read it. It’s much gentler and more interior than the movie. Interior is hard to portray. However, I believe it is a worthwhile endeavor. I wish movies were more subtle, but then I’m weird.