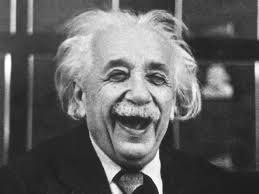 This was supposed to be a blog about Albert Einstein, focusing not on the theory of relativity, but on his other achievements as humanitarian, philosopher, and even as a mediocre but sincere violinist, but look what happened:

My father managed to hit everything just “wrong,” according to his original dream/plan for his life. His father (b. 1859), John D Rockefeller’s personal physician, had him when he was 59. His mother was never spoken about. I always think she was locked away in an upstairs room in their East Cleveland house, perhaps due to stereotypical Irish alcoholism.

A brilliant man, home-schooled until high school, Dad attended Case Western Reserve University and Adelbert Law. He won a Rhodes scholarship to Oxford, but was ultimately rejected because of his inability to play any sport. (Only the well-rounded were welcome.) He majored in classical languages, Greek and Latin, at precisely the time they were vanishing from curricula. He still considers me an unredeemable heathen because I know only Latin, and not Greek. His second, massive, love was for physics and chemistry. Third: farming and law.

His first marriage, to the romantic love of his life, was interrupted by WWII then resumed, unsuccessfully, in the dizzy intellectual post-war New York world she coveted and inhabited. She was, however, unable to control her attraction to 1) mysticism (Rosicrucianism primarily) and 2) the psychotropic drugs commonly used to access greater creativity among a certain “smart set.”

While she was earning a doctorate at Columbia in medieval French and sinking deeper into addiction, he was commuting to Princeton to pursue physics under Albert Einstein at the Institute for Advanced Studies, and teach a few sections of Latin. He was summoned back to Cleveland by his aged, ailing father, to “take care of the estate,” at which point he became the gentleman farmer/lawyer he was when I was born. “Dolly” (his first wife) aborted two children they were to have had, driving him farther into his socially maladroit self.

All this before marrying my mother, which he did in 1956. He is currently 94, suffering from some senile dementia, and married to his sixth wife.

“The heart says yes, but the mind says no.” _AE