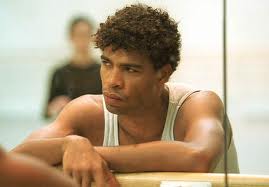 The world of classical ballet is full of arbitrary, often punishing techniques that seek to create the artistic illusion that the sylphlike females and her male partners are, for that instant at least, not subject to the laws of gravity, earthbound like the rest of us poor sobs. Of course, it is just that: only an illusion. Dancers torture themselves to find the best ways to leap and twirl in what is, for most, a brief career as a performer. Only a handful ever reach “super” ballet stardom.

Continuing my mini-theme of “bad” boys who made “good,” I’m thinking today of Carlos Acosta (b. Havana, 1973), the Afro-Cuban premier danseur of London’s Royal Ballet since age 25. He has also danced with the English National Ballet, National Ballet of Cuba, Houston Ballet, and American Ballet Theater.

Born into Castro’s Cuba, his family was poor and large with eleven children, though close. Their neighborhood was rough and he often skipped school to engage in the more kid-friendly pursuits of break dancing, stealing mangos, or just playing soccer on a big empty field.

His truckdriver father, somehow, insisted that he attend ballet lessons as a child, already unusual in the macho Latin culture. By mysterious alchemy, his natural ability was developed, he took to the athleticism of it (though with reservations), and he was recognized. His bad-boy ways did not go away immediately however, and he skipped dance classes with some of the same energy as he had the scholastic classes.

The “click” happened at a large international competition in Lausanne, Switzerland, which he won at age 17. The same year saw gold medals in Paris, Italy, and Poland. He was launched. He gained the nickname “Air Acosta” for his breathtaking and fast leaps. 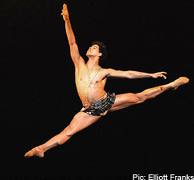 In 2010, he turned to “modern dance,” which offers greater latitude technically. Recall that I said a dancer’s prime career time is tragically short. Nevertheless, there is great precedent, Baryshnikov to name just one, and he is finding new creative fulfillment in this, his 38th year, and will be winding down with the Royal Ballet in 2012.